Biotin is a B vitamin that helps the body break down fats, carbohydrates, and proteins and is important in cell growth, the metabolism of fats and amino acids, and energy production; roles include –

Human biotin deficiency is rare because the microbiota can produce biotin in excess of the body's daily requirements. Biotin deficiency and suboptimal levels occur due to factors such as -

Measurement of circulating biotin in serum and plasma is not a reliable measure of status because depressed serum biotin is not consistently observed in biotin deficiency.

Biotin is transported by -

Drugs that inhibit the uptake of biotin by SMVT 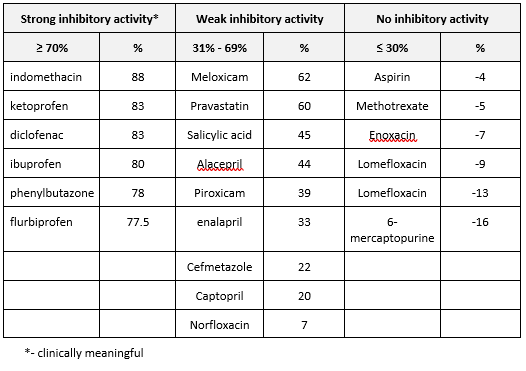 Consequences of dysfunctional SMVT include phenotypic heterogeneity such as failure to thrive, developmental delay or early normal development followed by developmental regression, seizures, diarrhea or vomiting, immunodeficiency, pleomorphic motor neuropathies that have both axonal and demyelinating features and/or osteopenia.

Both directly and via its various metabolites, chronic alcohol exposure has been found to cause significant inhibition in both SMVT biotin uptake of the microbiota-generated biotin, and the degree of expression of SMVT.

Evidence regarding the interactions between the drugs carbamazepine, primidone and phenytoin and the nutrients biotin and pantothenate concluded they (prescribed medications) specifically and competitively inhibit biotin absorption via intestinal brush border membranes (Said et al, 1989), and that there is competitive inhibition of absorption between carbamazepine, biotin and pantothenic acid (Said, 1999). Sadly, there do not seem to be any further studies investigating this important area – where are our nutrition scientists?

Biotin supplementation may interfere with some analytical assays and result in incorrect results therefore there is a recommendation for all healthcare providers to include biotin intake in their nutritional history, especially if biotin-containing supplements are consumed.

Some research has found that people with diabetes are more likely to develop epilepsy, however the reverse does not seem to have been investigated. If a person with epilepsy has brittle diabetes control, then perhaps a low biotin dose (to a maximum of 10 x recommended dose ie ~ 300 mcg biotin/day) may confer benefit without causing further harm – we need the evidence.

There is very limited evidence regarding the negative impact of prescribed medications on biotin status with only a limited number of identified medications – being carbamazepine, phenobarbital, phenytoin, primidone, sodium valproate, isotretinoin, antibiotics, and likely diclofenac, flurbiprofen, ibuprofen, indomethacin, ketoprofen, phenylbutazone. This seems to indicate drug-biotin interactions have neither been fully investigated and are not being investigated on an ongoing basis even although biotin is important in so many metabolic processes. Consequently it may be worthwhile becoming familiar with biotin deficiency symptoms and, from a first principles perspective, start considering whether there may be a biotin deficiency and whether to address it.

Given the extent of biotin function are we already seeing biotin deficiency without recognizing it?

No recent relevant biochemistry available. Advisable to check plasma proteins (albumin, total proteins) as markers of nutritional status. The plasma proteins are the primary transporters for two of the prescribed drugs and hypoproteinaemia may alter their effects.

Chronic use of coloxyl + senna and lactulose may promote excessive loss of water and electrolytes, especially potassium, and their regular monitoring recommended.

Both kinson and madopar complex with iron to decrease drug availability.

Regular monitoring B12 and homocysteine recommended whilst kinson prescribed.

Concurrent ingestion of paracetamol and iron resulted increased rate of iron absorption and decreased extent of drug absorption; the authors advise drug and iron to be administered at different times from each other.

Commencement of the drug indicates prudent clinical practice for B12 management as outlined:-

Mr ABD is a small, slender, pale man who was sitting in the Day Room when we went to speak to him - when asked if he likes ice cream his whole face lit up and he had a huge smile.

Since Mr ABD is pale, advisable to check iron levels and if low then short term (90-120 days) intervention recommended. It is unlikely oral iron interventions will be effective whilst paracetamol and a proton pump inhibitor are prescribed therefore advisable to consider a non-oral intervention.

Loss of weight is associated with depletion of zinc status and zinc is important in a range of body functions, including sense of taste and release of the hunger hormone Neuropeptide Y. Currently prescribed kinson and somac – both of which are associated with depletion of zinc status. Advisable to check zinc levels and if inadequate then short term (90-120 days) intervention and recheck status prior to cessation of the intervention.

Both inhibit various thiamine transporters. Advisable to consider a thiamine intervention and for it to be administered either one hour before or 2 hours after administration times of mirtazapine and somac.